During this year of ups and downs, three of us recently had a few fabulous “up” days in Bruce County. The Beautiful Bruce County Bike Tour is new to Humdinger for 2020, and as we are planning to run it at the end of September, we thought we should finalize some of the details. Chef Fiona joined Guide Alec and me to ensure we were well nourished throughout the expedition. We explored from Point Clark to Pike Bay on the Huron shores before heading over to the Georgian Bay side of the Bruce Peninsula to check out Dyer’s Bay, Lion’s Head, and Wiarton. The upshot? The riding is excellent, there is no shortage of cool places to stop, and the scenery is spectacular. Kincardine and Point Clark From Kincardine we did an out and back ride to Point Clark. The […] 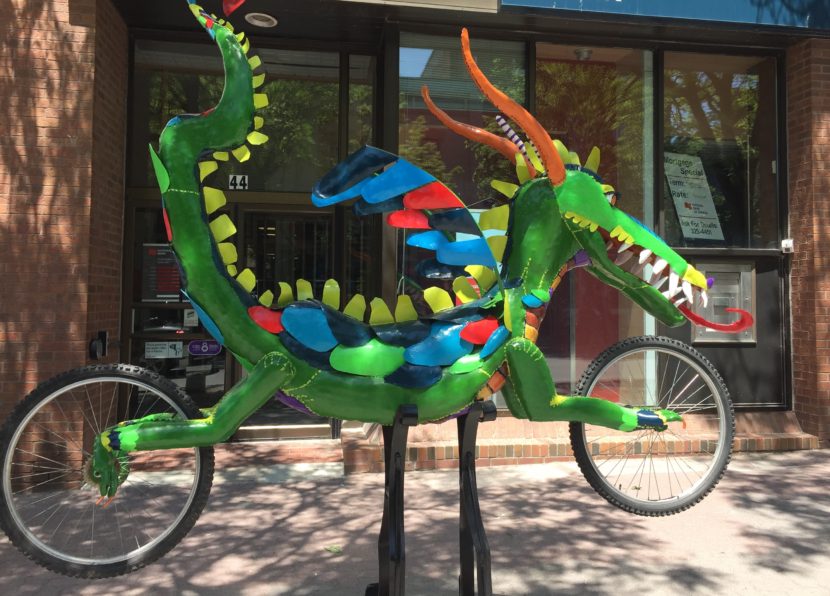 Are you in need of a fun family getaway after months of isolation and virtual schooling? With many usual summer spots not operational, you may want to consider a custom cycling tour. You can design an adventure within 30 minutes or 3 hours from home, on quiet roads or bike trails, and with as much or as little support as you need. And the best part for 2020 – it is outdoors with minimal exposure to people outside of your social bubble. While cycle touring is not for all kids, many love the sense of independence and freedom they get from having control over their own transportation. On bikes, it is easier to get parents to stop to check out a sight or sample some ice cream than it is in the car, where adults often whizz by, either notified […] 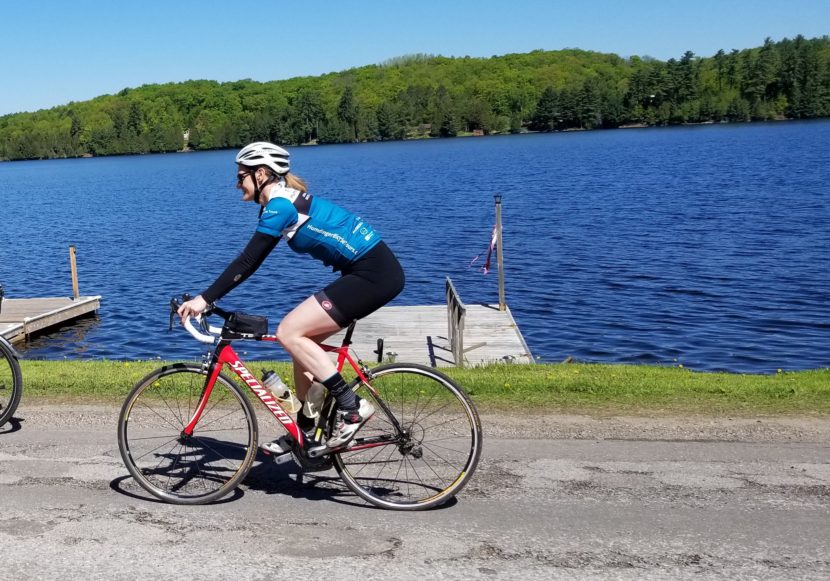 Are you seeking a fun, close-to-home, safe and physically-distanced holiday this summer? Look no further than cycle touring. Move outdoors to enjoy the warm weather, see the sites and get a wee bit of exercise. This summer, as we cautiously start to reopen after the long isolation of COVID-19, a self-directed tour might be the way to go. Building your own bike tour allows you to decide where you are going, when, and with whom. Adding in some custom support such as luggage transfer and other services can transform the trip into a vacation. Where to ride? Ontario offers every type of cycling in every corner of the province. Two great resources for some big picture planning are Ontario by Bike and the Great Lakes Waterfront Trail. At Humdinger Bicycle Tours, we operate in Ontario’s loosely-defined “cottage country”, where Ontarians […] 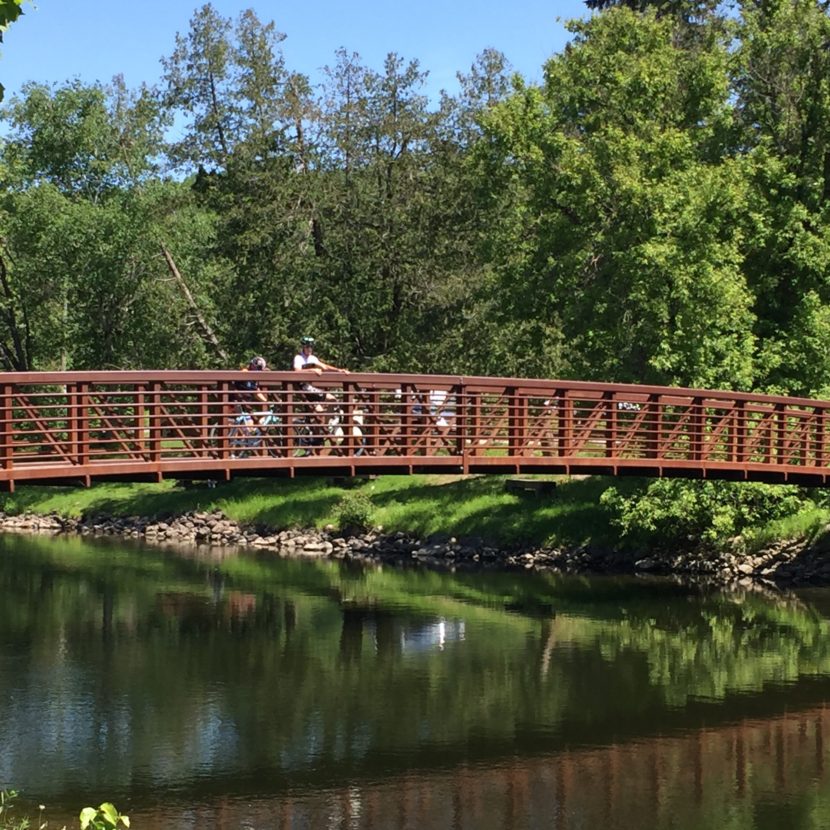 Post pandemic planning continues… This week we are checking out the Sunglasses route in  Haliburton Highlands. It is so named for its shape, and it was developed for our Hills of Huntsville & Haliburton tour. A flattish section makes an appearance on our novice-oriented Pedal, Pints & Pubs tour. The route is 68 kilometres and has almost 600 metres of climbing. It starts in the town of Minden and makes a figure 8 that includes South Lake Road, Kashagawigamog Lake Road, Gelert Road, and Bethel Road, and a wee excursion down Deep Bay Road to add on the arm of the sunglasses- see mapmyride link at the bottom of this post. As with all of our routes, this one has great scenery, including a chance to view paddlers at the Minden Whitewater Preserve. Stuff to know before you go There […] 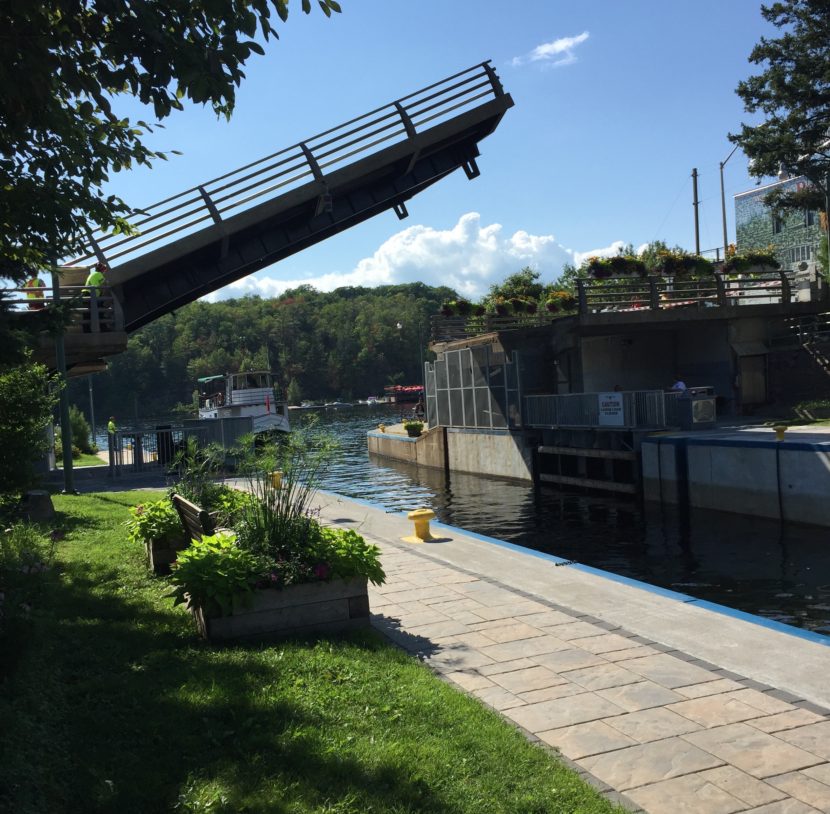 Once we are allowed out to play again, here is a Muskoka route to consider… If you have half a day to spare, are up for spectacular scenery and challenging hills, and enjoy a well-placed mid-route coffee shop, then the Lake Rosseau Loop is for you. This is another one from our fully supported and guided Georgian Bay – Muskoka 6-day trip, our signature tour. The Lake Rosseau Loop is about 65 kilometres and includes 917 metres of climbing. It is a loop, so of course you can start wherever you like, but Port Carling is a good choice as it is well-serviced for any pre- and post-ride needs you may have. It has several great food and beverage choices, and you will have earned your lunch by the end of this ride! Stuff to know before heading out Start […] 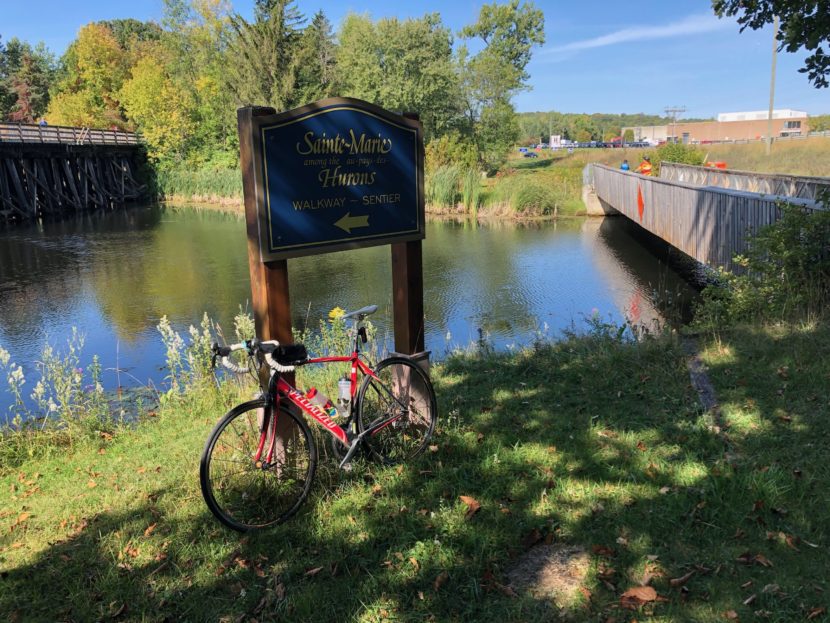 Tiny and Tay townships in north Simcoe County are known for their rich history, adjacency to Georgian Bay, and… being the namesakes of dogs owned by the wife of the Lieutenant Governor of Upper Canada from 1818-1828. Today I am sharing a route that is  part of our Georgian Bay – Muskoka tour, so you can start planning ahead for easier times. It is  a delightful, moderate-difficulty point-to-point trip that cuts through both townships, starting just outside of Waubashene and ending in the town of Wasaga Beach, with an optional extension to Collingwood. It is mostly flat, with the notable exception of a hill out of Midland. Much of the ride is along the scenic shores of Georgian Bay. The route is 75km one way. There is a route map and link to a mapmyride file at the end of […]

Sustainability has been part of the vision for Humdinger since day one. However, if the truth be told, I did not initially know what that meant or how to implement it. Since Humdinger’s inception in late 2017, I have learned a lot about sustainability, and what is and is not feasible to implement in the current context. As part of our sustainability journey, we were certified recently as a living wage employer by the Ontario Living Wage Network. I am so proud of this! Now seems like a good time to talk about sustainable business practices and sustainable development in general, and what I am trying to accomplish with Humdinger Bicycle Tours. A commonly used definition of sustainability, from The Bruntland Report, is meeting the needs of the present without compromising the ability of future generations to meet their own […] 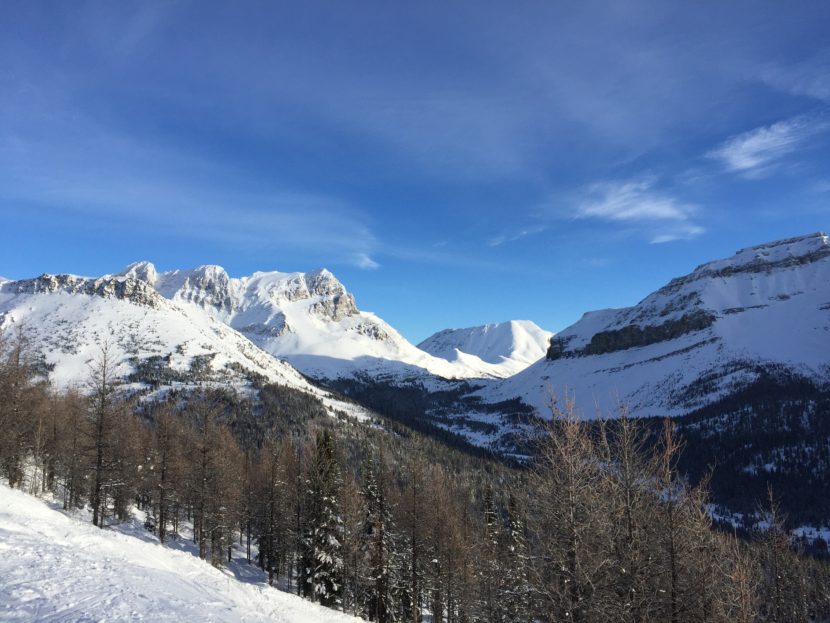 Happy New Year, Happy New Decade! It seems to have become an annual tradition that I write something about goal setting and goal achievement to kick start the year. For 2020, here is an overview on what the current science says about goal setting. What is a goal? Quite simply, a goal is a target, an aim, or an objective. It is something you want to do. It is not a wish or a need, but rather a more concrete entity that results from the conscious consideration of wishes and needs. Often the goal is articulated or written, but it can also be kept in mind without being externalized. Just having a goal is believed to impact our actions. We become energized and motivated, and we focus more on activities that are relevant to the goal. Does goal setting work? […]

In the Limburg region of the Netherlands a couple of years ago, I found myself cycling behind an elderly woman on a heavy-looking touring bike, laden with shopping bags. I assumed I would catch up and pass her on the moderate slope we were climbing. I did not. If the truth be told, she gradually pulled away from me despite my increasingly desperate efforts to close the gap. When I got to the top, winded from the ego-bruising chase, Mr. Humdinger said, “You know she was on an e-bike, right?” No, I did not know… Since then, e-bikes have been turning up in my world very regularly, and causing me much less frustration. At last winter’s Montreal and Toronto bike shows, many large manufacturers had them front and centre in their displays. Humdinger guests have brought e-bikes on tours, either […]

Thanks for a great summer of bicycle tours in Ontario’s cottage country! Check out our October 2019 newsletter – complete with summer 2019 wrap-up, what’s in store for 2020, and an early bird promotion. Book 2020 tours at 2019 prices for a limited time. Read more. 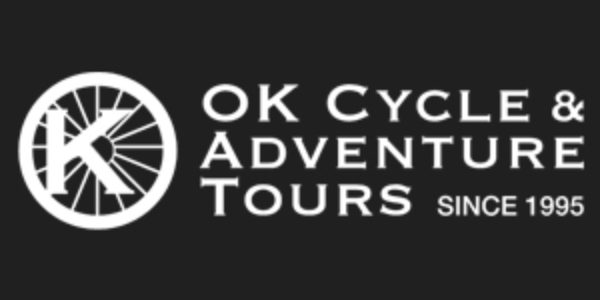 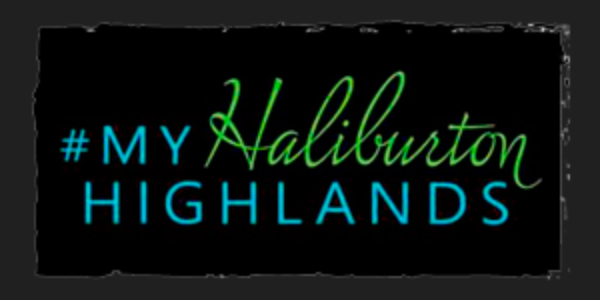 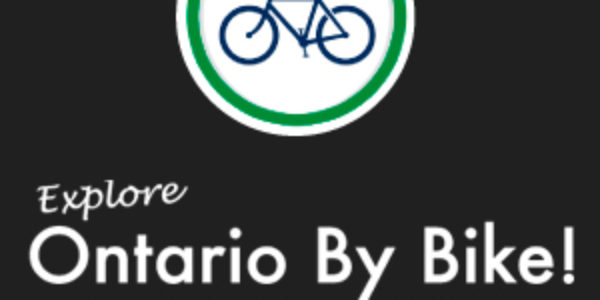 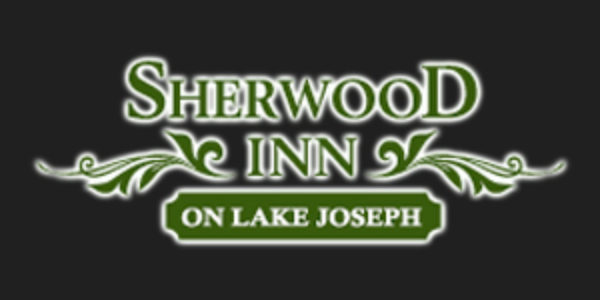 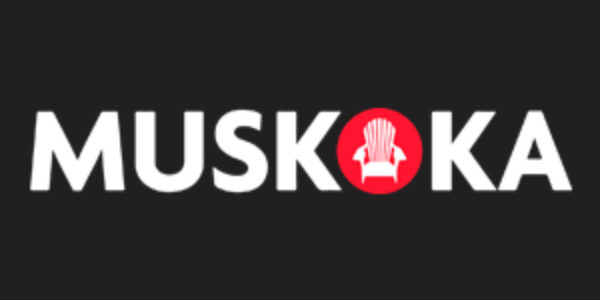 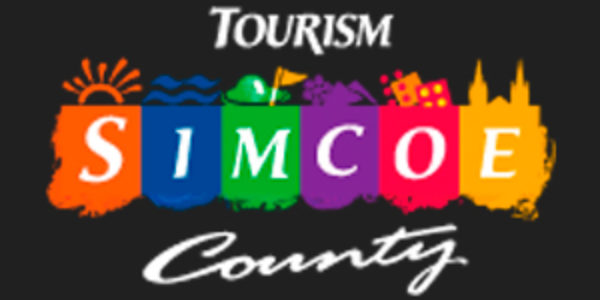 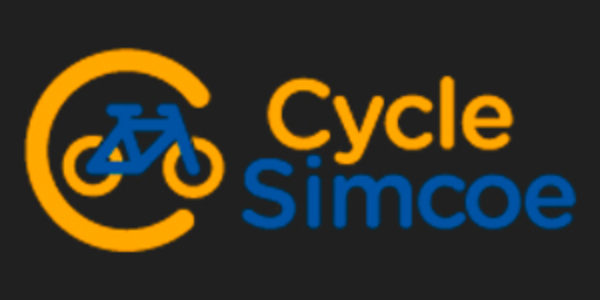 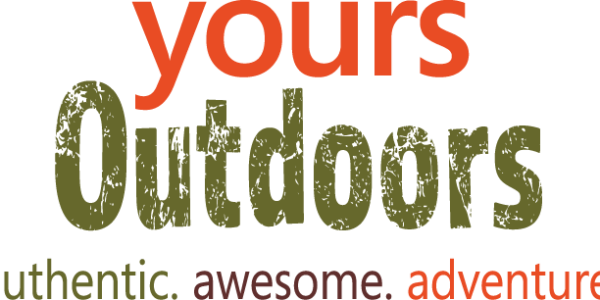 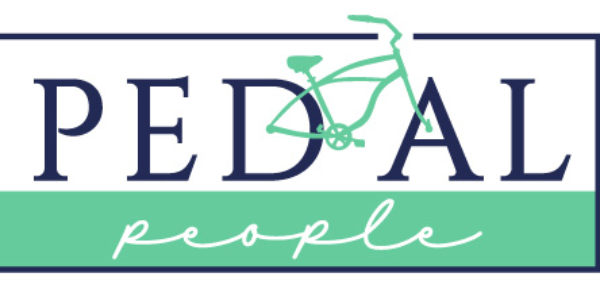 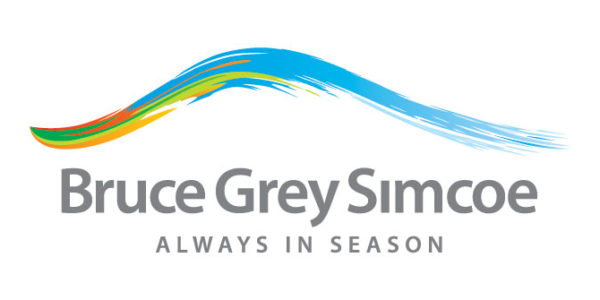 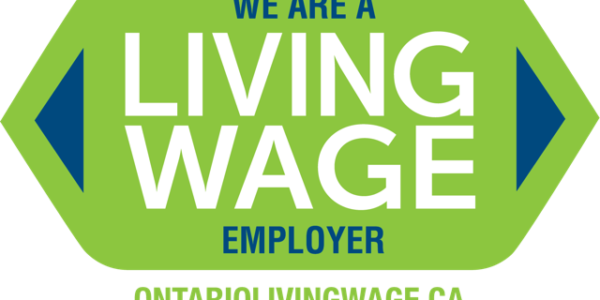